It was Lopez's eighth victory over Berdych, with the last at Stuttgart a week ago 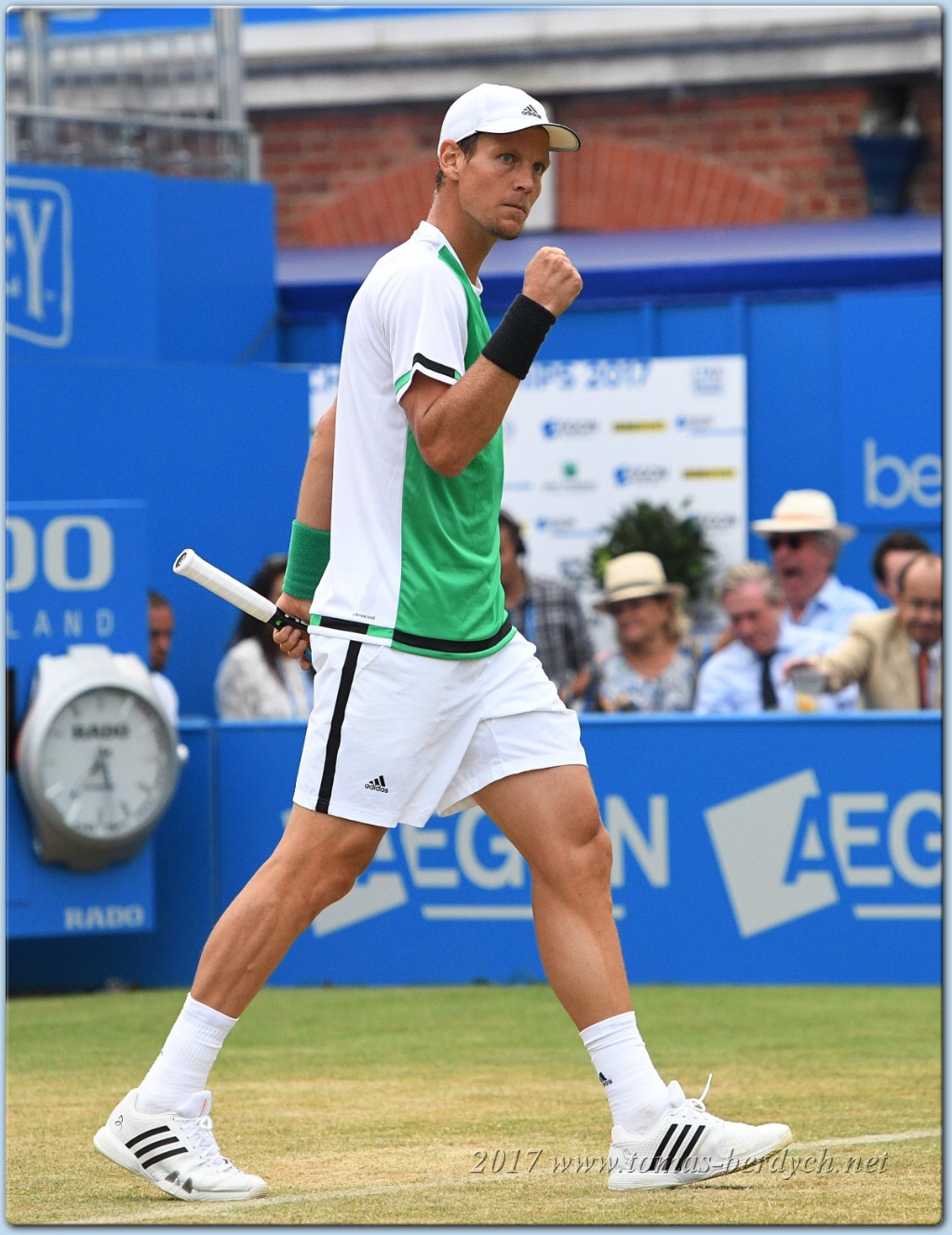 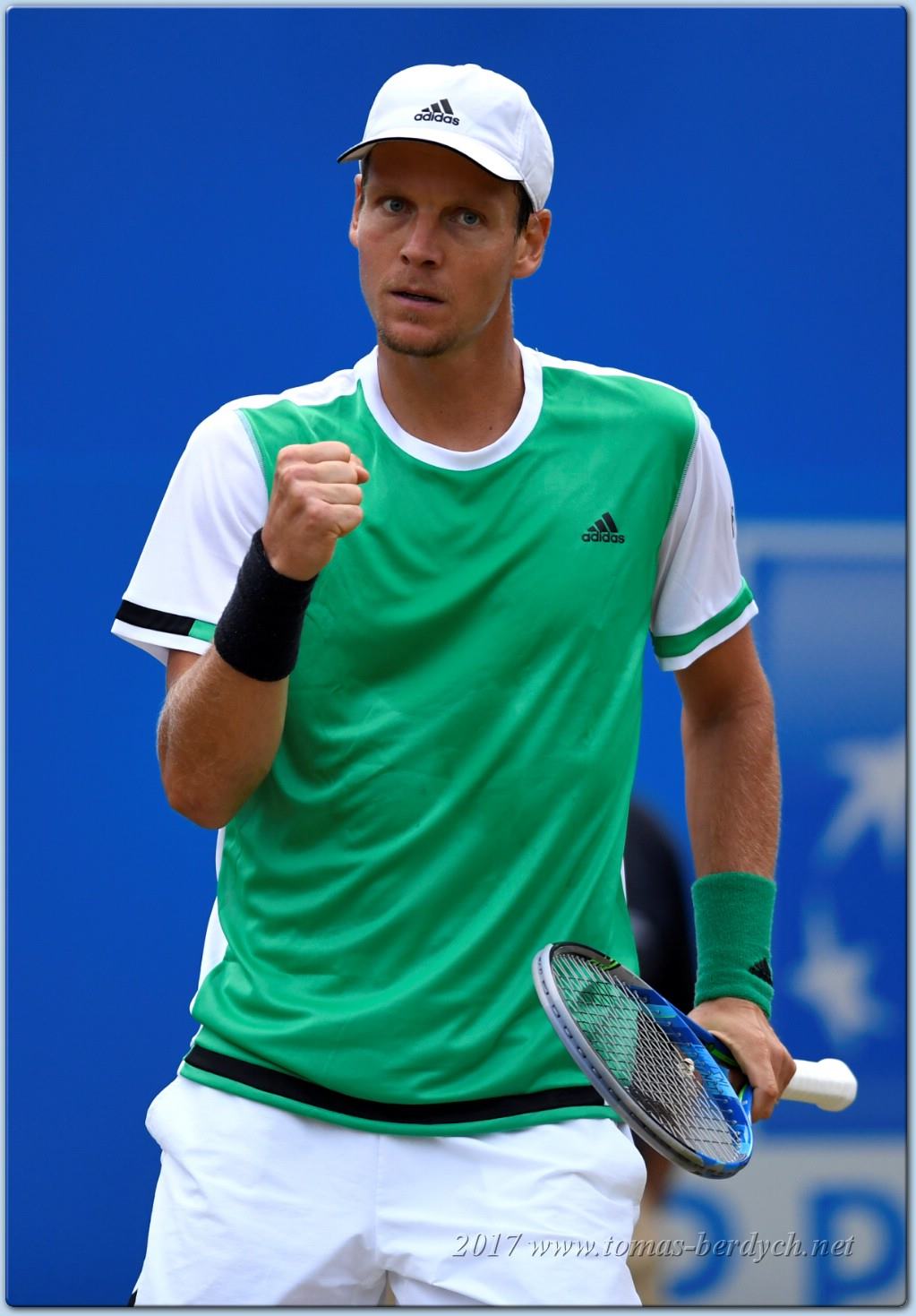 Tomas Berdych celebrates winning the second set during the mens singles quarter final match against Feliciano Lopez of Spain on day five of the 2017 Aegon Championships at Queens Club on Friday, June 23, 2017 in London, England.

A tightly-contested encounter saw the Spaniard prevail with a single break of serve.

The 35-year-old Feliciano Lopez sealed his place in the last four of the Aegon Championships with a closely-fought 7-6(5), 6-7(1), 7-5 triumph over Tomas Berdych in the quarterfinals.

Little could separate the duo after they produced a similarly nail-biting three-set clash in Stuttgart last week.

Lopez prevailed in that encounter and he was equally consistent behind his serve on Friday, surrendering only a single break point opportunity which Berdych could not capitalize on.

The Czech was also formidable on serve, recovering impeccably from an agonizing opening set but it was Lopez who the margins favored, prevailing in two hours and 27 minutes to set-up a rematch of the 2014 final with Grigor Dimitrov.

In stark contrast to the tone of the match, the opening few service games were littered with errors.

Both players took a while to find their rhythm but when they did the errors were few and far between.

Berdych’s had settled into his brand of first-strike tennis while Lopez, consistent behind his first serve, had the scope to break down his opponent from the baseline.

No break point opportunities were coughed up and Berdych was doing well to paint the lines on his own serve and limit Lopez’s threat.

But when the Spaniard was allowed to mix in the wicked groundstroke on his own terms Berdych was hapless to break his opponent down.

A tie-break would separate the pair and it came as little surprise that the duo traded only a single mini-break throughout.

And it would be the veteran Spaniard who prevailed after bringing up two set points.

Set two followed an eerily similar pattern but it was Berdych, fittingly, who squeezed through the tie-break.

The errors began to fly off of Lopez’s racket and the Czech headed to the bench with a 5-1 buffer.

He would need no second invitation to close out the second set and, much like their encounter last week, a nail-biting finish was promised.

The stat line read that Lopez was winning 88% of the points behind his first serve, trumped by Berdych’s 91%.

If little could separate the two during the opening two sets then the third would prove no different.

And it did until the match sparked into life at 5-4 on the 35-year-old’s serve.line but Lopez stood tall, crashing down a familiar ace to level at five-all.

A third tie-break seemed inevitable only until Lopez ripped up the script.

40-30 ahead, he unleashed a monstrous passing shot that Berdych could only tilt his head and watch.

The line judge adjudged it to have sailed long but Lopez contested, was vindicated and would serve for a place in the last four. 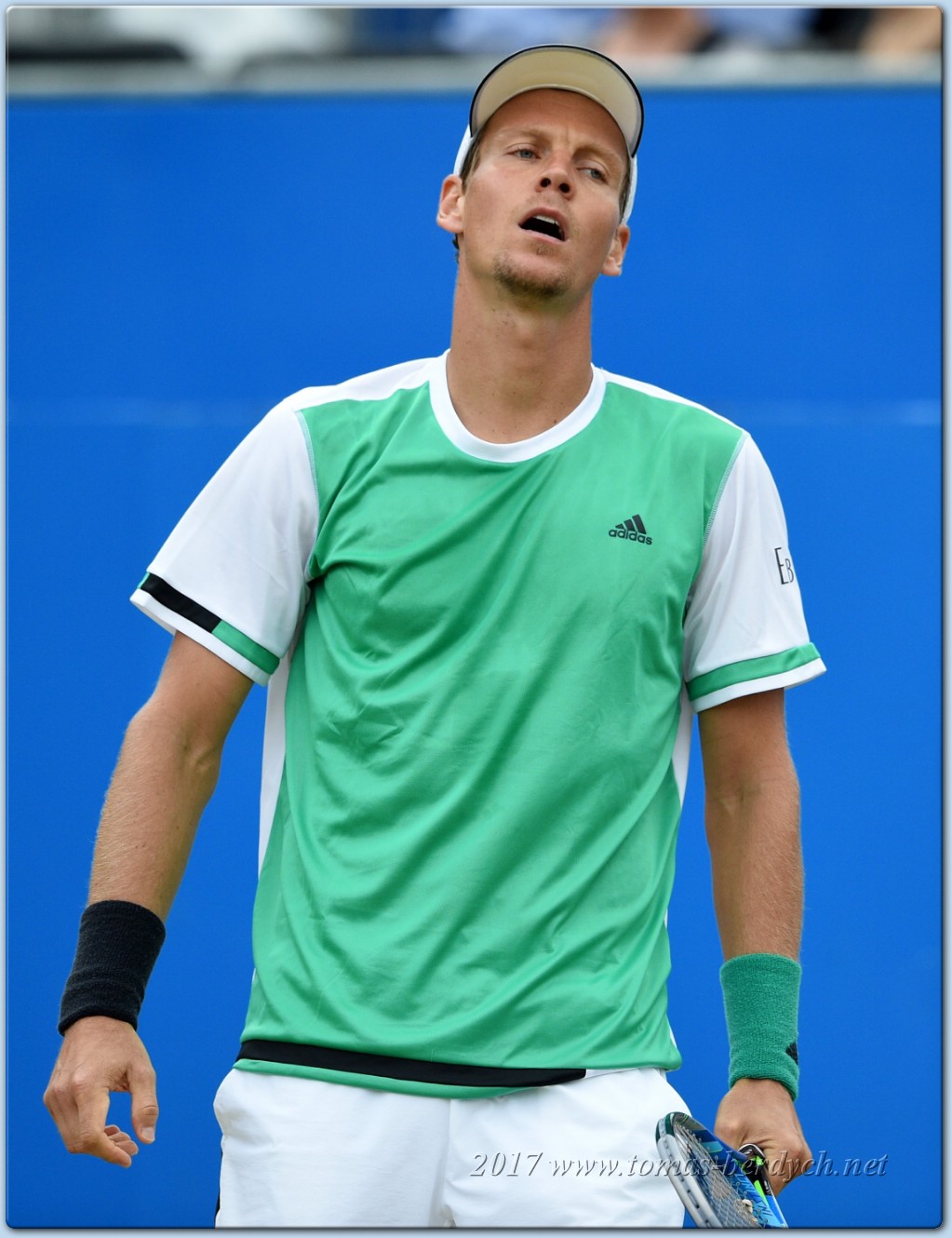 Tomas Berdych reacts during the mens singles quarter final match against Feliciano Lopez of Spain on day five of the 2017 Aegon Championships at Queens Club on Friday, June 23, 2017 in London, England. Lopez won 7-6(5), 6-7(1), 7-5 in two hours and 32 minutes.