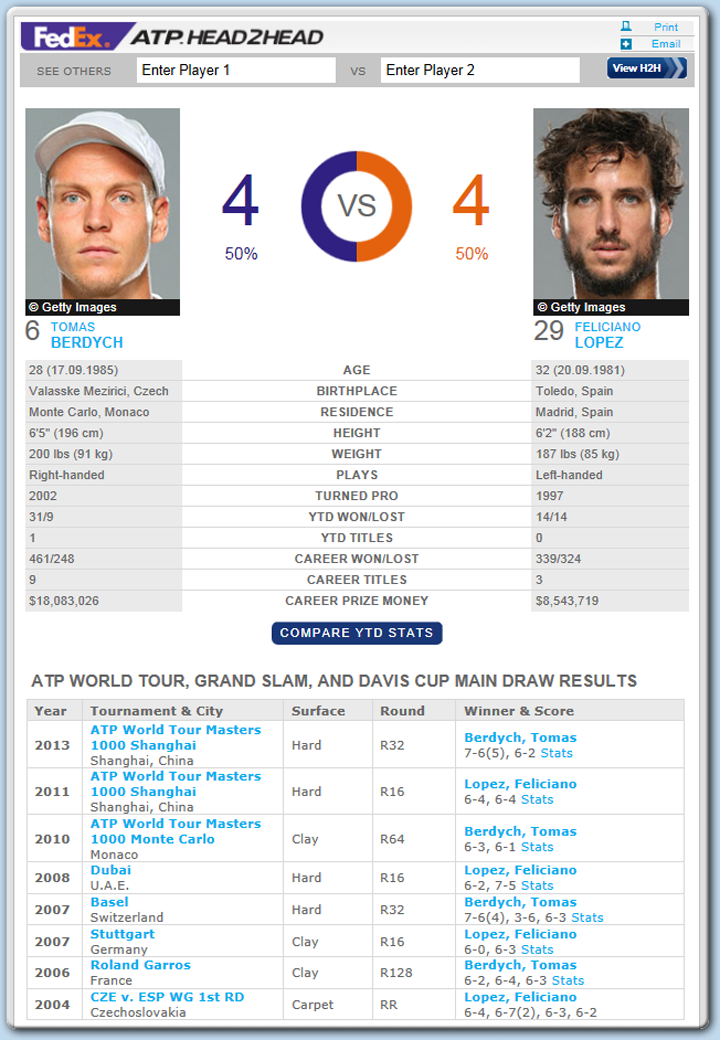 Tenth seed Feliciano Lopez recorded his first Top 10 victory in 11 months for a place in the Aegon Championships semi-finals.

“I thought it was over at 6 3 in the tie-break,” said Lopez. “Then, [I] won my serve twice. I was lucky [at] this point, [as] I was defending [and] he was hitting the ball so hard with his forehand. Finally, he hit the inside-out forehand out. So it gave me the chance to go 6 all, change [ends], switch sides, then [a] good point and double fault. I'm very happy with my performance today.”

It was Lopez’s 50th match win on a grass-court and propels him into The Queen’s Club semi-finals for the first time in four years (l. to Fish) and into his first ATP World Tour semi-finals since 2013 Gstaad (l. to Haase).

Lopez goes on to face another Czech, Radek Stepanek, the No. 15 seed, who reached the semi-finals for the first time in nine years with a 1-6, 6-3, 6-2 win over seventh seed Kevin Anderson, who struck 15 aces.

“It’s great to beat a top guy [Andy Murray], but it's even tougher to back it up with a win again,” said Stepanek. “For a half hour I really had no chance. He hit every shot perfectly. I just had to wait until [when] the first weaker moment and take my chance, which happened in the first of his service games in the second set. I got in front and ran through those two sets pretty comfortably.”

Stepanek lost to Andy Roddick in the 2005 semi-finals.

Looking ahead to the semi-final, Lopez said, "It will be [a] tough match. Radek is an experienced player. He knows how to play here. He has very good hands – kind of similar to my game. Maybe my serve is a little bit harder. It's going to be interesting match.”